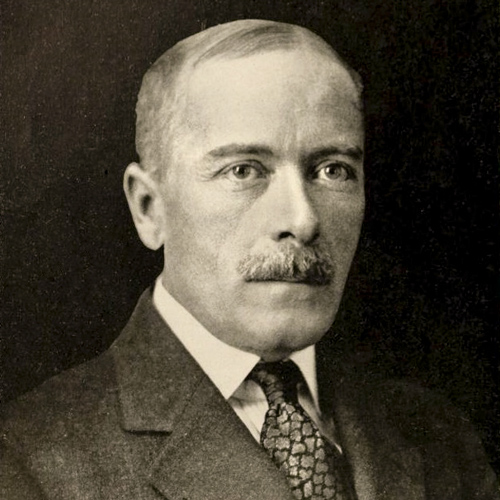 Cornell historian Morris Bishop described Livingston Farrand as “one of the most likable, nay lovable, men this campus has known.” A physician, he developed a plan for the National Association for the Study and Prevention of Tuberculosis in 1905 that became a model for later public health movements.

Born in 1867 in Newark, New Jersey, Farrand graduated from Princeton University in 1888 and earned a medical degree from the College of Physicians and Surgeons in New York. Interested in primitive psychology, he joined expeditions to northwestern America with Franz Boas and others, and was appointed professor of anthropology at Columbia University in 1903. Deeply concerned with public health questions, Farrand served as executive secretary of the National Association for the Study and Prevention of Tuberculosis from 1905 to 1914, when he became president of the University of Colorado.

Farrand became the fourth president of Cornell in 1921. There was significant administrative reorganization to meet the increasing complexities facing the university. New departments and curricula were formed in music, fine arts, drama, regional planning, chemical engineering, automotive and aeronautic engineering, and administrative engineering. In 1921 a unified College of Engineering was created, and a dean of the Arts College was appointed. In 1922 the first college-level hotel course in the country was begun, and the College of Home Economics was created in 1925, the first state-chartered college of home economics in the country.

Cornell’s international connections were strengthened. Cornell-in-China, originally begun in 1921, became a “Plant Improvement Project” sponsored by the University of Nanking, Cornell, and the International Education Board. In 1931, 10 students came from the Soviet Union, most to study engineering.

The Great Depression caused hardships on campus. With the advent of the New Deal, the National Youth Administration provided federal aid to students in return for work, harkening back to Ezra Cornell’s efforts to provide student jobs and looking forward to modern work-study programs.

Farrand provided strong support for academic freedom during the 1930s. Despite severe economic problems associated with the Depression, his achievements were substantial. Enrollment rose to 6,341 by 1937. The general endowment increased from $12.2 million to $19.8 million, and the value of buildings and grounds grew from $10.2 million to $26.4 million.