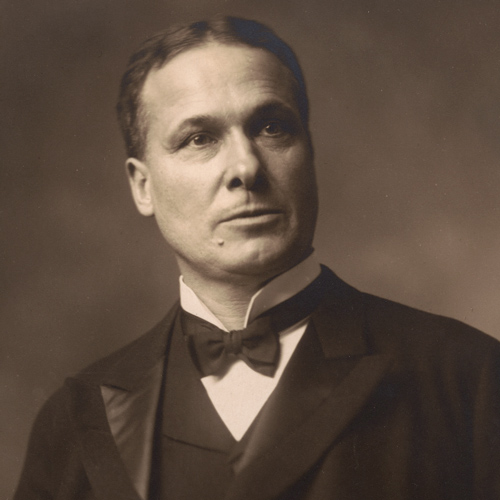 In 1886 Jacob Gould Schurman came to Cornell University as professor of Christian ethics and moral philosophy, and in 1890 he was named to head the Susan Linn Sage School of Philosophy at Cornell. Two years later, he became Cornell’s third president, succeeding Charles Kendall Adams.

Schurman’s administration was characterized by the extensive growth of the university’s facilities and its shift from a privately endowed institution to a combination of state and private funding. During Schurman’s presidency, a College of Veterinary Medicine was established with full state support but under Cornell’s control. Extension work began in New York State in 1894. In 1904 a state appropriation established the New York State College of Agriculture at Cornell. The Cornell Medical College was established in 1898, and a new building was constructed in New York City.

In 1914 the Drill Hall (Barton Hall) was constructed with state funding. With the entrance of the United States into World War I, the U.S. War Department organized a Students’ Army Training Corps and contracted with the university to provide academic and military training. In 1918 nearly half of the student population was enrolled in the SATC.

Schurman’s administration also saw the transformation of the American university from a teaching institution to a research establishment in which teaching is done. Several major academic journals were initiated at Cornell during this period. Schurman also strongly supported diversity in the student body, including the provision of scholarships for Chinese students. Regarding an African American woman living in Sage College, he wrote in 1911: “All university doors must remain open to all students irrespective of color or creed or social standing or pecuniary condition.” Throughout the 28 years of his presidency, Schurman was a proponent of academic freedom and an advocate of a liberal intellectual atmosphere on campus. In Schurman’s time, Cornell became one of the great universities of America. Enrollment increased from 1,538 to 5,765. The physical domain grew from 200 to 1,465 acres.

Born in 1854 in Freetown, Prince Edward Island, Schurman attended the Prince of Wales College and Acadia College in Nova Scotia, and he graduated in 1877 from the University of London with first class honors in mental and moral science. He then studied philosophy for a year in Edinburgh and London, earning M.A. and D.Sc. degrees in 1878. He also studied philosophy in Germany.

While still president of Cornell, Schurman served as chairman of the First Philippine Commission in 1899. In 1912 and 1913, during the Balkan Wars, he was minister to Greece and Montenegro. Upon retiring from Cornell, he served as minister to China from 1921 to 1925 and as ambassador to Germany from 1925 to 1930, where he was particularly popular for his efforts to rebuild the University of Heidelberg. After returning to the United States, he lectured in China and wrote on international subjects.