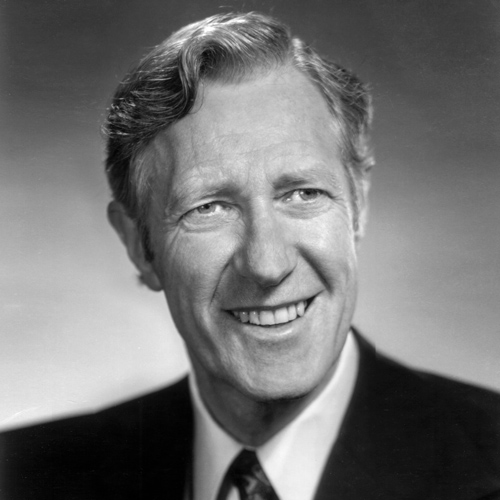 When Frank H. T. Rhodes retired as president of Cornell University on June 30, 1995, he was the longest-serving Ivy League president and a national leader as an advocate for education and research. He played a significant role in the development of national science policy under several presidents.

Rhodes increased diversity at Cornell among students and faculty. Minorities as a percentage of the student body grew from 8 percent in 1977 to 28 percent in 1994. The number of women and minorities on the faculty more than doubled in the same time. Evaluations of teaching and advising of students were added to tenure standards.

Research funding more than tripled during Rhodes’s tenure, from $88 million in 1977 to more than $300 million in 1993. Asian studies, supercomputing, biotechnology, and nanofabrication were four major initiatives.

A successful $1.5 billion capital campaign was completed, due largely to Rhodes’s tireless efforts to strengthen support for financial aid, educational programs, and libraries. Rhodes ended deficit spending and left the university with a balanced budget. New buildings and facilities that were built during Rhodes’s tenure include the supercomputing center, the Statler teaching hotel, the biotechnology building, the center for theater arts, the nanofabrication laboratory, athletic facilities, and others.

Born in Warwickshire, England, on October 29, 1926, Rhodes was a graduate of the University of Birmingham, England, from which he held four degrees. He was a former Fulbright scholar and Fulbright distinguished fellow; a National Science Foundation senior visiting research fellow; a life fellow of Clare Hall, Cambridge; a visiting fellow of Trinity College, Oxford; and an honorary fellow of Robinson College, Cambridge, and the University of Wales.

Rhodes was appointed by President Ronald Reagan as a member of the National Science Board, of which he was a former chairman, and by President George H.W. Bush as a member of the President’s Educational Policy Advisory Committee. He served as chairman of the governing boards of the American Council on Education, the American Association of Universities, and the Carnegie Foundation for the Advancement of Teaching. He also served as a trustee of the Andrew W. Mellon Foundation and was a member of the board of directors of General Electric from 1984 to 2002.

Rhodes published widely in the fields of geology, paleontology, evolution, the history of science, and education. His books include Language of the Earth; Fossils; Geology; Evolution; The Evolution of Life; The Creation of the Future: the Role of the American University; and Earth: A Tenant’s Manual.

Rhodes was chairman of the 1987 National Commission on Minority Participation in Education and American Life that produced the report, “One-Third of a Nation.” The honorary co-chairs of the Commission were Presidents Gerald R. Ford and Jimmy Carter. He was the co-chair, with Donald E. Petersen, former chairman of the Ford Motor Company, that produced the report, “American Potential: The Human Dimension,” and was co-chair, with Gary Tooker, chairman of Motorola, of the Council on Competitiveness 1995 report on research and development. He was also a member of the Association of Governing Boards’ 1996 Commission on Renewing the Academic Presidency. He was a member of the Board of King Abdullah University for Science and Technology (KAUST).

Rhodes was a principal of The Advisory Group at Huron Consulting and a member of the Board of Overseers of Koç University in Turkey. He was also a member of the National Academy of Sciences’ Commission on the Future of the Research University.

Rhodes was president emeritus and professor emeritus of geological sciences at Cornell. At commencement ceremonies in 1995, the Cornell Board of Trustees announced that the Cornell Theory Center building was renamed Frank H.T. Rhodes Hall.