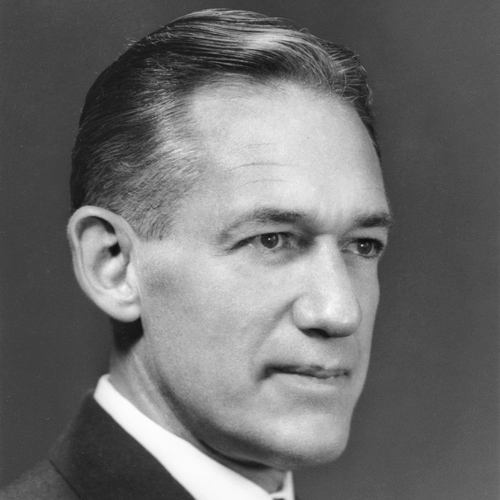 Deane Waldo Malott’s term as Cornell’s sixth president represents the largest period of building in the history of Cornell University, with more than $100 million worth of construction.

During Malott’s administration, the athletic program was expanded into one of the largest intercollegiate programs in the world. In 1953 the Medical College was reorganized as the New York Hospital-Cornell Medical Center, with a graduate school. Sponsored research jumped to a massive $39.4 million in 1960-61; research became a group effort, the beginning of “big science.”

With the acceleration of McCarthyism, Malott was faced with one of the major threats to academic freedom in the 20th century. While his personal feelings were conservative, in public statements he defended academic freedom and criticized McCarthyism. Malott contributed to and was successful in maintaining an atmosphere where current issues could be freely discussed.

Born in Abilene, Kansas, in 1898, Malott received a bachelor’s degree from the University of Kansas in 1921 and a master’s degree from the Harvard Business School in 1923. Prior to assuming the presidency of Cornell, he served as assistant dean of and associate professor in the Harvard Business School, as vice president of the Hawaiian Pineapple Company, and as chancellor of the University of Kansas.