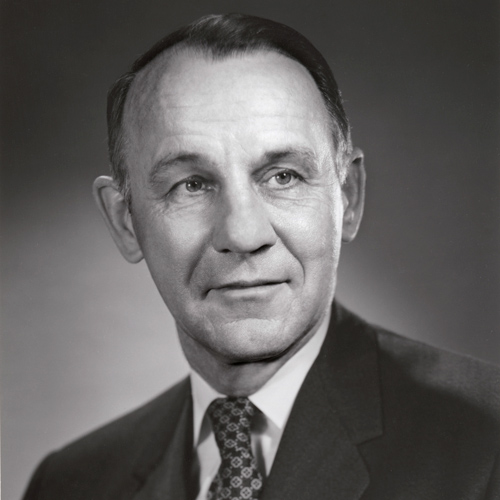 Dale R. Corson led the university through the final years of the Vietnam War and student activism, and through the economic recession of the 1970s. His role was to return the university to stability: to concentration on research, teaching, and scholarship.

Corson brought together the state and endowed components of Cornell, forming one university enjoying public and private support, as envisioned by White and Cornell and articulated by Jacob Gould Schurman. Significant support was provided for the research programs at Arecibo, the Wilson Synchrotron Laboratory, and the Nanofabrication Facility. He revitalized the Department of Geology, expanded the Division of Biological Sciences, and added new programs, such as Medieval studies. The I.M. Pei-designed Herbert F. Johnson Museum of Art was completed. He encouraged such multidisciplinary programs as Science, Technology, and Society, the Materials Science Center, environmental programs, radio physics, and space research.

The status of women on campus was greatly improved during the Corson presidency. A Women’s Studies Program was formally established in 1972. A Provost’s Advisory Committee on the Status of Women was created and presented specific recommendations. The university’s policy statement on equal opportunity was changed to include gender among the proscribed criteria with regard to admission to the university. New employment procedures were implemented, and increasing numbers of women were appointed to the faculty and to high administrative positions. Corson provided support for the Africana Studies and Research Center, which had developed from the black studies movement. He recommended the formation of an Affirmative Action Advisory Board to monitor the status of women and minorities and to propose more effective procedures.

In 1946 Corson came to Cornell University as an assistant professor of physics and helped design the Cornell synchrotron. He was appointed associate professor of physics in 1947, became a full professor in 1956, was named chairman of the physics department in 1956, and became dean of the College of Engineering in 1959. He served as provost of the university from 1963 to 1969. Upon his retirement as president in 1977, Corson served for three years as chancellor. In 1979, he was elected by the Board of Trustees as president emeritus.